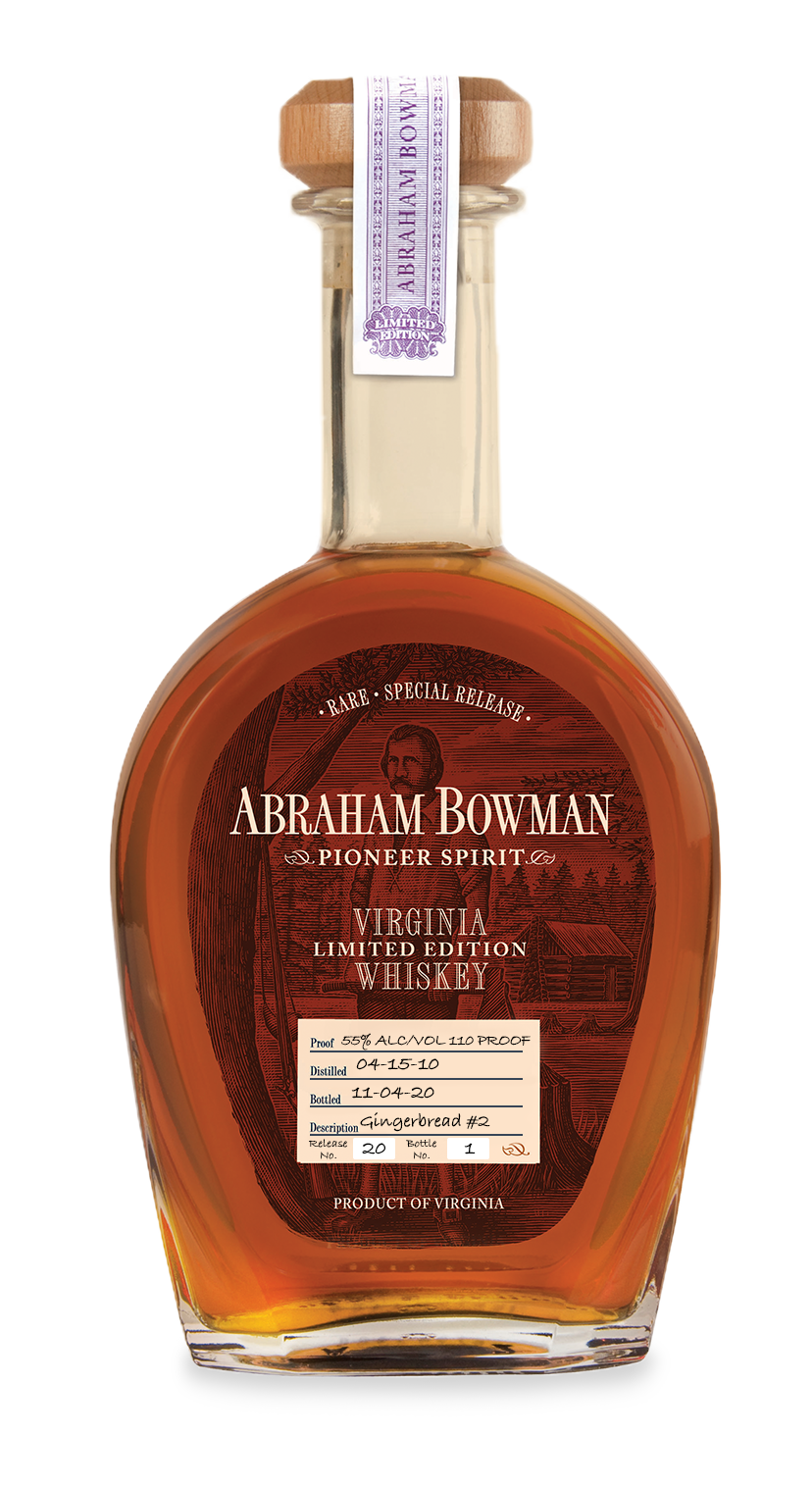 Our 110 proof Gingerbread #2 was aged for 10 years and features delightful aromas of ginger and brown spice galore, with strong notes of vanilla and hints of nutmeg. Taste the flavors of wonderful toasted oak with caramel pralines moving almost to a hint of graham cracker and fig. This bourbon has a medium mouthfeel with a huge impact of flavor; sweet confectionary notes that warm the palate and finishes with a flavor that lingers pleasantly without overstaying its welcome.