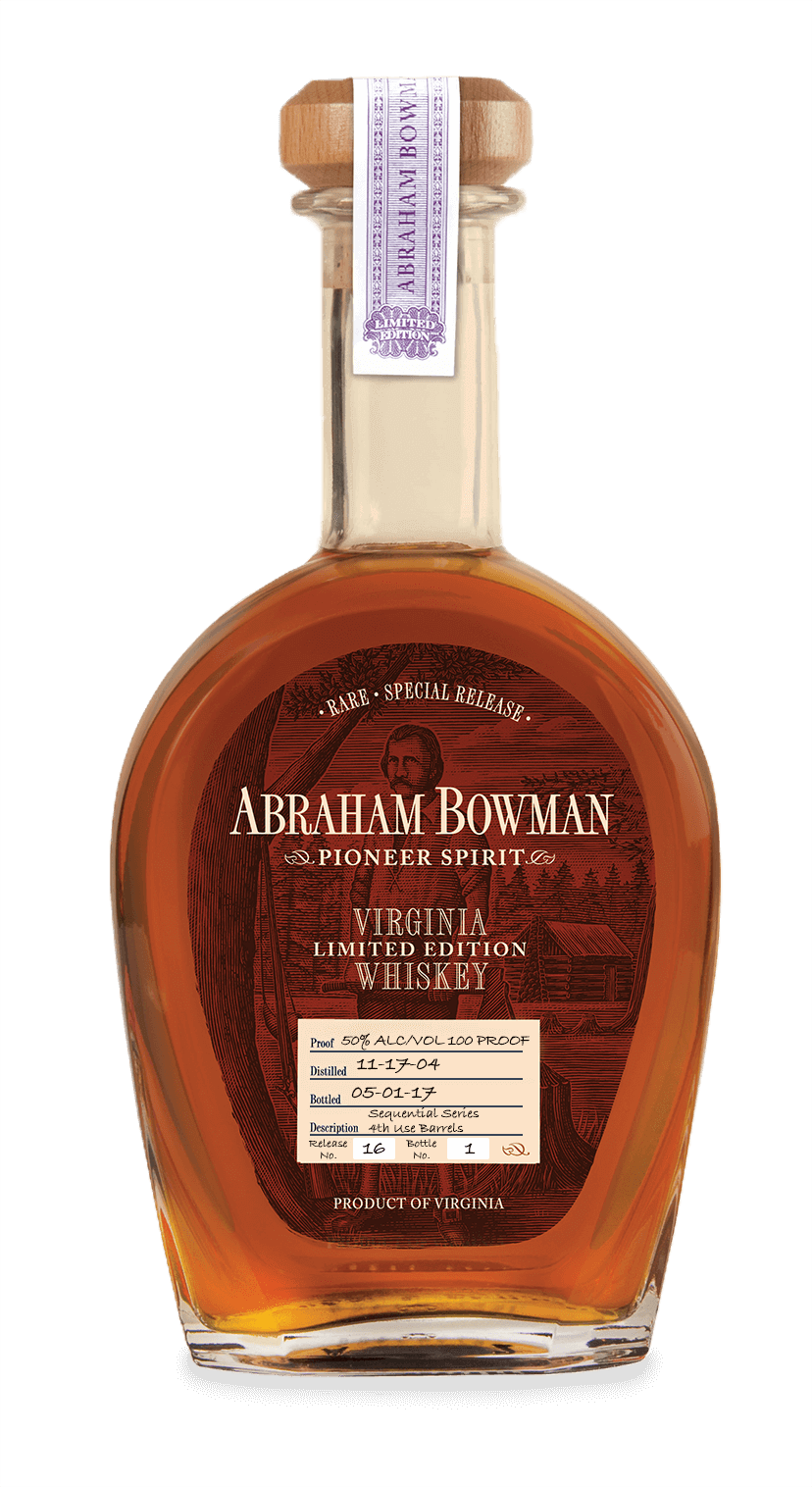 To create our 4th Use Barrel expression, we first sent used barrels to Cave Ridge Vineyard in Mt. Jackson, Virginia where they were filled with port wine. Upon emptying, these barrels were sent back to us to finish our Abraham Release No. 7: Port-Finished Bourbon, which won World’s Best Bourbon in 2016 We then transferred, at two different entry proofs, nine-year old bourbon from it’s new charred white oak barrels into these barrels giving them four uses in total. The result is a finished bourbon with notes of dried fruit, figs and vanilla with a peppery finish.

To create our 4th Use Barrel expression, we first sent used barrels to Cave Ridge Vineyard in Mt. Jackson, Virginia where they were filled with port wine. Upon emptying, these barrels were sent back to us to finish our Abraham Release No. 7: Port-Finished Bourbon, which won World’s Best Bourbon in 2016 We then transferred, at two different entry proofs, nine-year old bourbon from it’s new charred white oak barrels into these barrels giving them four uses in total. The result is a finished bourbon with notes of dried fruit, figs and vanilla with a peppery finish.